Harmony Minerals Limited is pleased to report that drilling at its Dutwa Nickel Project in north western Tanzania has been completed.

“The Tanzanian team have hit the road running this year and have implemented and completed a reverse circulation drilling programme targeting previously untested historical nickel sulphide mineralisation. This is the beginning of the first phase of an ongoing programme to advance and bring the Dutwa Nickel Project on stream”

Commencing at the end of February, a reverse circulation drilling rig was on site and completed a 14 holes for 1480m and tested three historical nickel sulphide and platinum group element (PGE) targets (see Plan) which had been reported from shallow vertical RC holes completed during nickel laterite resource drilling undertaken by African Eagle Resources plc (2008 – 2013). 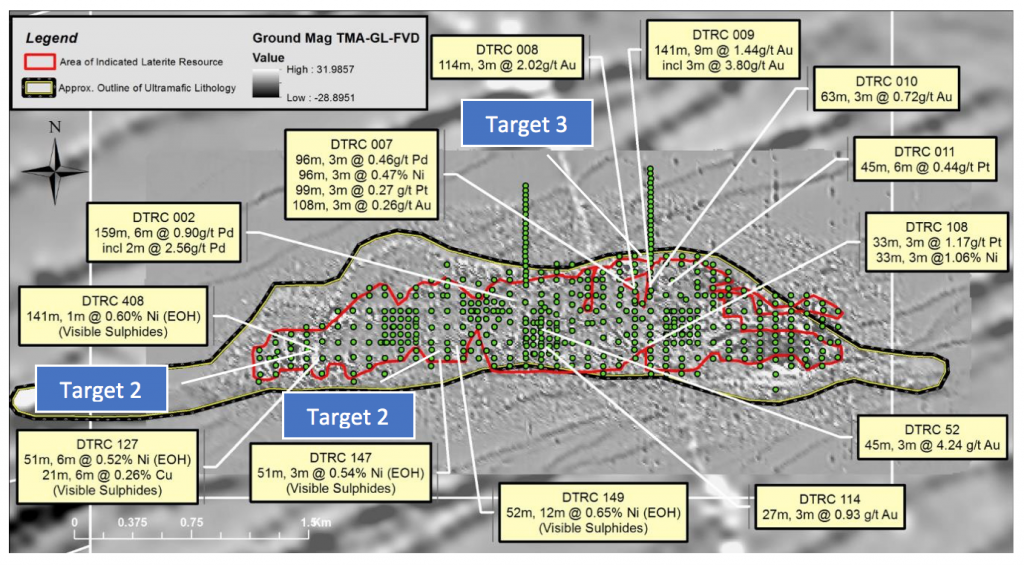 The overall objectives of the programme were:

While analysis of the current data is ongoing, an initial visual inspection of the drill samples by our geologists have confirmed the presence of “disseminated” sulphide mineralisation, with estimates of up to 10% sulphides in some instances. The grade of nickel remains to be determined however initial results are encouraging and the northern contact is possible the most favourable to host further mineralisation.

Chemical analysis of the samples has commenced, using the company’s handheld XRF and preliminary results are expected shortly. Where significant results are obtained they will be submitted to an accredited commercial lab for confirmation.